NS&I has a new website and the home page features a very strange image for a savings bank. It’s a photograph of a screaming child wearing striped pink overalls standing in, and splattered with, mud. She is either absolutely terrified or very, very angry about something. It’s hard to tell which.

I just can’t imagine what the designers were thinking. Is the screaming child frustrated by our abysmal interest rates? Is she angered by the shabby treatment savers have received in our debt-obsessed economies? Is it an expression of contempt for the apparent futility of saving, or a declaration of war against the bank?

What is the meaning of this image? It stopped me in my tracks, and if I wasn’t already a parent, I’d be thinking twice about becoming one now. Very frightening…

With President Pudgy McTrumpcake on our shores this week, and with Brexit still tearing the country apart, BBC Radio 3 decided to cheer us all up this morning by playing an old Noël Coward song: There are bad times just around the corner.

And you know what? It worked!

I reckon that I’ve learnt enough to build my app. But then something extraordinary happens. I look at my blank code editor and my head empties. I look longer and – by some strange quantum effect, I assume – my head seems to empty further. With the training wheels off, I suddenly feel that I know nothing and am panicked by the sensation. FreeCodeCamp’s Larson chuckles when I tell him about this phenomenon.

“The thing that gets lost,” he says, “and which I think is important to know, is that programming is never easy. You’re never doing the same thing twice, because code is infinitely reproducible and if you’ve already solved a problem and you encounter it again, you just use your old solution. So by definition you’re kind of always on this frontier where you’re out of your depth. And one of the things you have to learn is to accept that feeling – of being constantly wrong.”

Which makes coding sound like a branch of Zen Buddhism.

I’m sure some people think that The Economist must be a boring and staid publication, but this final paragraph from the magazine’s departing Bagehot columnist is sheer poetry:

Beyond the headlines and TV studios, Britain’s everyday impressions are mostly those of a homely and mingled place, not a bitter and binary one. The blare of pop songs on shop radios, the church bell across the marshes, the simian whoops and cackles on market-town high streets of a Friday night. The shared shrugs and sighs after a train has waited too long at a station for some misery-unleashing fault not to have materialised. The vinegar-haddock-urine smell of seaside towns; the perfume-booze-sweat crush of commuters travelling home from booming cities. The saris, shiny suits and waxed jackets, the hipster moustaches and old-school mullets. The emergence from a car park or railway station to be confronted with a scene of architectural horror—or unprepossessing and unexpected gorgeousness.

Here’s a clip from A Very Murray Christmas (recently released on Netflix), which stars Bill Murray and several other celebrities (NB—both George Clooney and Miley Cyrus sing, although perhaps that’s putting it politely).

Murray’s unique brand of deadpan humour can be very funny, and there are some laugh-out-loud moments in this short (56 minutes) film. At one point, Maya Rudolph hands Jason Schwartzman a cocktail asking simply “Soiled Kimono?” I gather that joke has been used before on Saturday Night Live, but it made me chuckle.

This light-weight musical entertainment might just be the perfect accompaniment to wrapping presents on Christmas Eve.

The City of London has been invaded by 50 Shaun-the-Sheep statues in an effort to raise money for sick children.

This one, named Baa-Roque (get it?), has an infestation of putti. 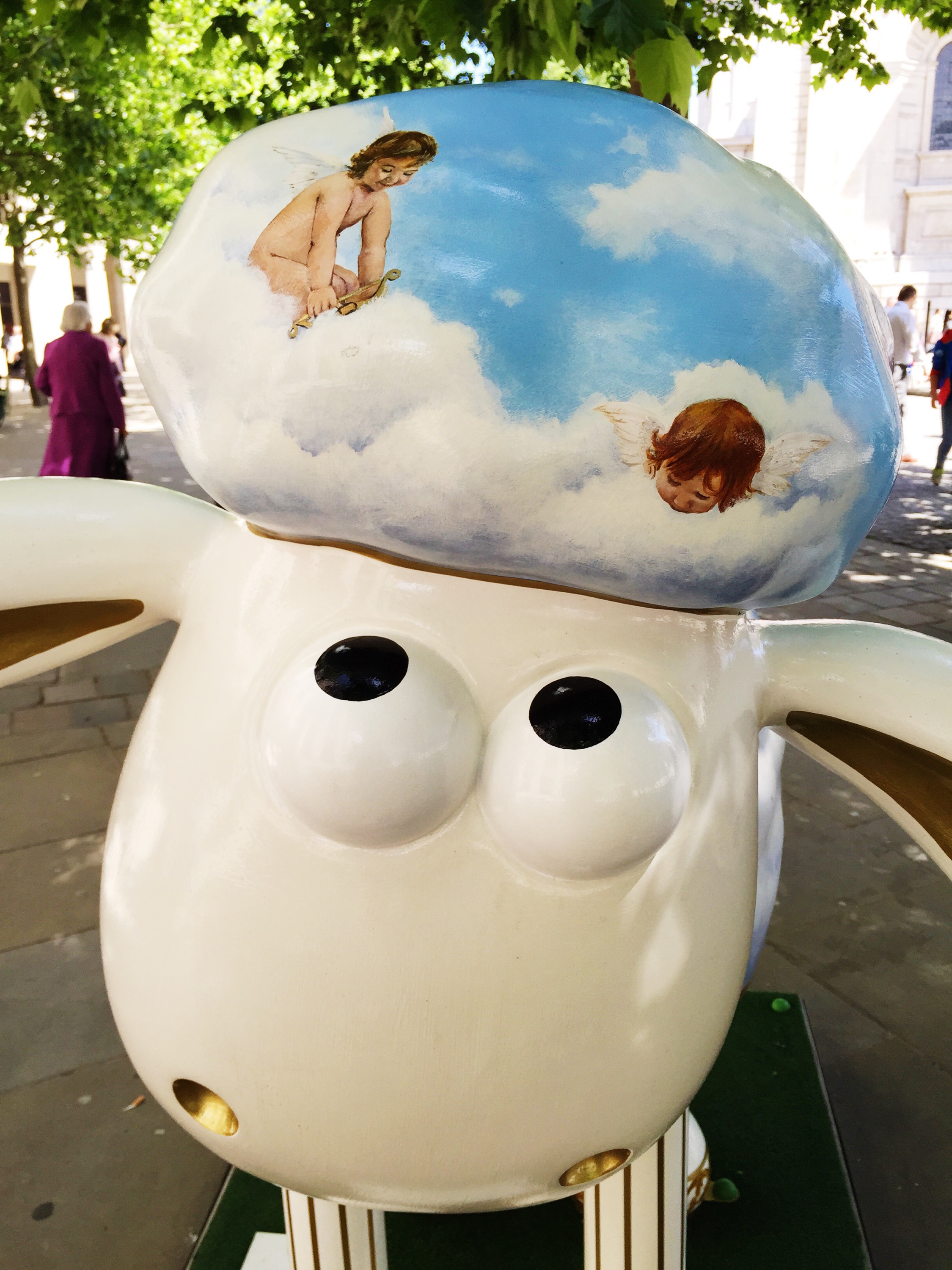 According to the BBC Proms Guide 2015 , Anton Bruckner was a dead ringer for Jean Sibelius with a bigger head.